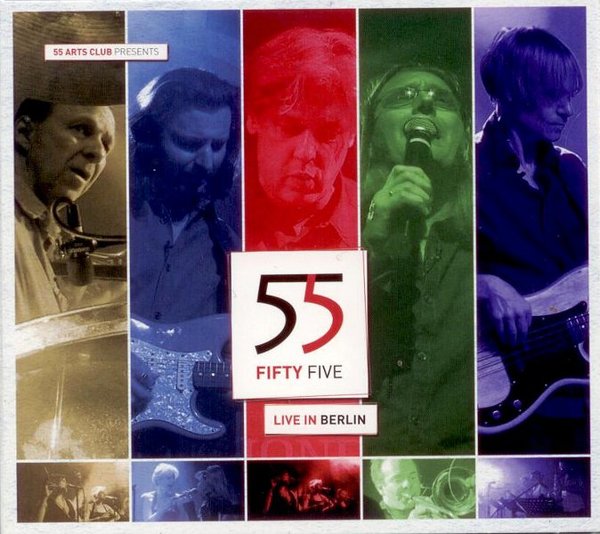 The Berlin-based band with its leader Andreas Hommelsheim plays an irresistible blend of rock, blues, soul and jazz, which makes their way first into your heart and then into your legs, with power and great tunes. "Live in Berlin" was recorded at the Kulturbrauerei Berlin in May 2009.

After 20 years in the film business Andreas Hommelsheim, producer of the German soundtracks of numerous Disney movies, returned to his roots and writing songs for himself and his own band. The result is an irresistible blend of rock, blues, soul and jazz, which makes their way first into your heart and then into your legs, with power and great tunes.

Hommelsheim himself plays the keyboards and his beloved Hammond B3. His old friend Henrik "Ille" Ilgner takes care of the vocals characterised by his soulful tube that which is just unparalleled. Lutz Halfter’s and Simon Pauli’s groove on drums and bass are complemented by Torsten "Todd" Wagner’s brilliant solos on the electric guitar. Here, five true specialists in their fields have come together. When then horn section and background choir set in, it gets close on the dance floor.

55 Fifty Five is a band consisting of true professionals providing an absolutely thrilling live performance which they proved even at their very first concert at the Berlin Kulturbrauerei. What was actually planned as a birthday treat became a smash hit and got released in summer 2010 on CD and DVD titled "Live in Berlin". Since 55 Fifty Five have supported "Kool And The Gang" at the Tempodrom and have played some gigs at the Quasimodo, their fan base has been growing constantly. Recently the band shared the stage with jazz legend and Grammy winner Dave Samuels.